“Dam is CKC registered ( Canadian Kennel Club )” Elle Tigresse ” call name Lilly and owned by Kevin Duquette of Manitoba Canada. Lilly is a Brindle with a white blaze on her chest. She has a great deal of character and a personality. She was shown as a younger dog and achieved 6 points to her CKC CH, before she was aquired by Kevin. Kevin wanted to bring color, stature, and a nice head to a breeding. After a lengthy search he came across Nobel 6 months prior to her heat. Being young at stud, we were pleased to be asked for the opportunity to provide a stud service for Lilly. As a Canadian purebred her pedigree offered some well-known bloodlines from both the US and Hungary. We both felt it would be a great breeding, and we were both very pleased with the result. On May 16th 2015 by C-section Lilly gave birth to 4 males / 1 female and Nobel’s fawn bloodline dominated the litter.” 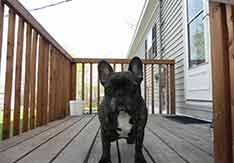 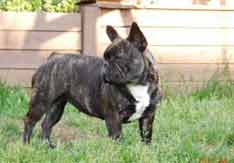 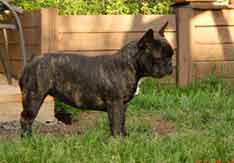 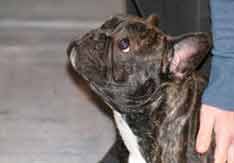